Predicting likely hotspots earlier can help to take preventive measures to reduce the number of infections.
​Predictive models have shown that by acting just a week earlier, 65% of infections would have been avoided. If the same protective measures had been applied three weeks earlier that number would have reached 95% of reduced infections.

OperAI develops applications based on predictive modeling techniques and on privacy-preserving approaches to help stop the spread of pathogens, such as covid-19
« Slowing the spread of the infection is nearly as important as stopping it. »
27 March, 2020 - NY Times

Pathogen Tracer is a Multi-Device Application
The app's first version has three major features and other features will be added to its subsequent versions.
Current features are:
These features and others planned for the subsequent versions of this app will be automatic, including reading of steam data on daily or hourly basis. The app has the ability not only to predict highly likely hotspots, but will also have the ability to enrich the data by adding automatically relevant data with variables that may help to trace the disease spread.

​The curves and the spread of Covid-19 are being used to develop models to predict how the disease spreads and help to take protective measures, earlier. Models have shown that by acting just a week earlier, 67% of infections would have been avoided. That number could have reached 95% of reduced infections, with the same protective measures, if they had been applied three weeks earlier.
OperAI develops edge-to-cloud complex models and applications involving the edges, the fog and the cloud, to better leverage big data, machine learning and artificial intelligence.​
"The greatest potential for creating value will be in operations optimization—making the various processes within the factory more efficient. Overall, IoT applications in operations optimization have the potential to create value of $633 billion to $1.8 trillion per year in the factory setting in 2025.”
The Internet of Things: Mapping the Value Beyond the Hype - McKinsey & Company 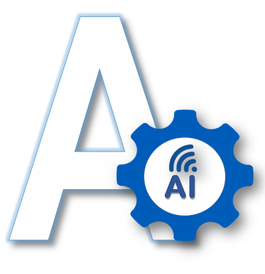 Applications using end-to-end machine learning platforms and deep learning frameworks
Machine Learning (ML), which is a subset of Artificial intelligence (AI), enhances the ability of a computer to learn, from data, without being explicitly programmed end-to-end. As ML and AI learn they acquire the ability to carry out cognitive functions, such as perceiving, learning, reasoning and automatically digging deeper to identify important insights or new novel discovery. With the advance in machine learning, in particular its Deep Learning (DL) subset, ML is rapidly spreading across sectors and will continue to do so at an even higher rate with the ever increasing growth of Big Data. ​ 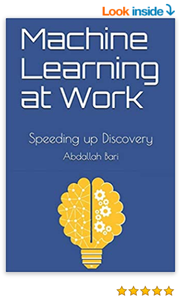 OperAI co-develops tools within the sustainability perspective
​by including e-waste in the process of making new products with its
recycling partners
OperAI 's related development environnements include C/C++, R, Spark and ML/AI related deep learning frameworks such as mxnet and Keras/TensorFlow. ​
​

Strategic Partners and Supporters of OperAI